Our last days in Japan were spent back in Tokyo, back at our original hotel in Shibuya. With Tokyo being a city of neighborhoods, our plan for the last 36 hours was to investigate a new ‘hood, and possibly ‘do a Muji run’ for miscellaneous beautifully designed household items which you can’t live without and can’t purchase in the US.

The location we hit was Daikanyama which was a 15min walk SW of Shibuya and filled with smaller local stores, local cafes and some residential. The architecture as we found previously was a comfortable mix of old and new blending seamlessly together.

After a couple of ‘autumnal’ rainy days in Hakone, it was nice to get back to sun, albeit with a crisp snap to the air. We walked, shopped and managed to find some illusive Space Invaders to add to my collection. Yes, you heard me right.. After an initial four days of nothing when we first arrived, I found four cheeky invaders within our last 24hours. My invader haul now covers Paris, Kathmandu (in dispute), Tokyo and …..spoiler alert… Melbourne (whoop).

So after 17 days in the country, we collected our bags and made our way to the airport for the last leg of the trip. This was my first trip to Japan, but it won’t be the last. It’s made it’s way onto the list of possible places to move to and as Trey is almost fluent in Japanese we feel the transition will be pretty smooth. 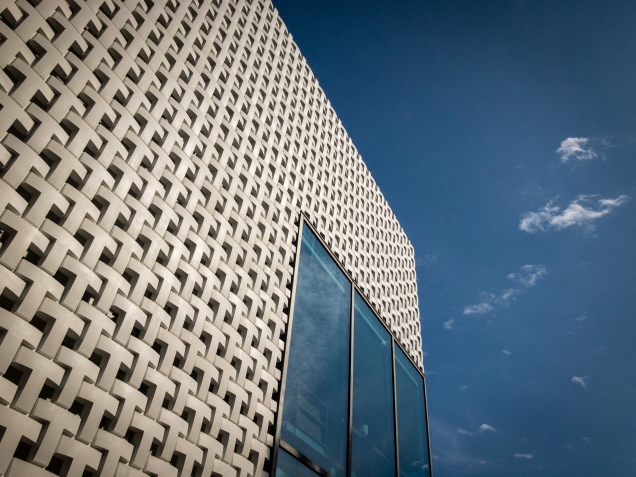 Below are some observations and meanderings from our time there:

Tuesday: It took us 45 mins between stepping off the plane and getting to our Narita Express train into the city. That included, immigration, baggage reclaim and customs: these guys are organized and a welcome change, generally.

After arriving at our hotel (Sakura Fleur Aoyama Hotel) in Shibuya (around 7pm ish) we checked our multiple lists of restaurants recs and sought out a sushi chain which happened to be 7 minutes walk from our place (thanks Jeremy). For a chain, Sushi Zanmai was great and perfect for a quick and local sushi taster.

After that and because we were right at Shibuya we tackled the famous crossing (largest crossing in the world – I think, and was featured in Sofia Coppola’s Lost In Translation, a film which will be referenced more than once in this post. If you haven’t seen it, and you like Bill Murray, shame on you for not seeing it!): in any case, the crossing was huge and busy since it was Halloween the day we arrived so we were surrounded by dead zombies and Japanese corpse brides with Hello Kitty headbands. #surreal

Wednesday: After a good nights sleep we headed out into the noise and stumbled across one of the game arcades (similar to those in Lost In Translation) and partook in some arcade dancing. If I can figure out how to load a video, I will.. it was epic. From the arcade we crossed town to the Digital Art Museum which was a visual overload of ….digital…art. I’ll let T’s pictures tell the story although after 2 hours we needed to sit in a beige room to decompress a little. But well worth going if you have the chance.

Heading back into Shibuya and in need of food, T found a space age conveyor belt sushi place (Uobei) which could have been opened in the 60’s by the look of it. But the food was great and quick.

By the end of the day, I was feeling a bit ropey (throaty – probably the Nepalese gunk coming out of my body) so we heading back for an early night after purchasing a vitamin pack from SevenEleven.

Thursday: Feeling better and ready to explore the stores, we headed to Ginza which was full of the fancy pants expensive chains – not so exciting. We did find a great ramen place which tested our skill of translating from pictures in a vending machine. The food was amazing. 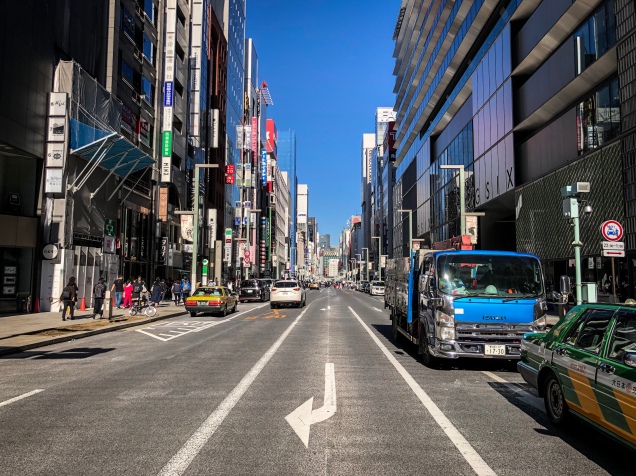 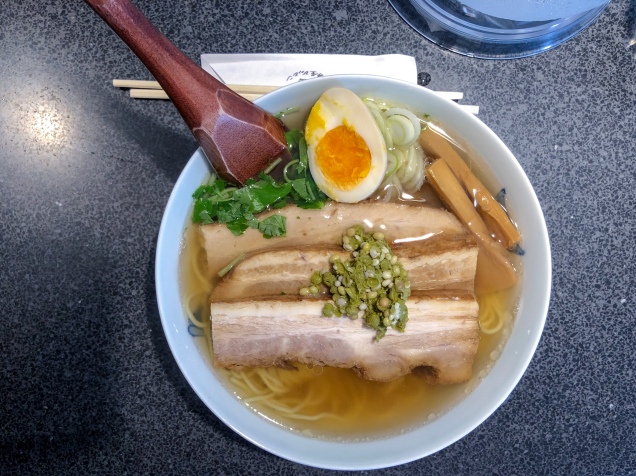 From there we headed to Shinjuku where we stumbled in Isetan. This turned into an expensive trip, partly because we both bought beautiful things but also because we didn’t have our passports which would have enabled us to get the tax back. In most countries it’s done at the airport but in Japan, they refund in the store.. Good to know for the future.

But the highlight of the day / trip would have to be a visit to the Robot Restaurant. This is legendary and in all the guide books and blogs for the city. How would I describe it? It’s a cabaret show featuring robot anime characters and lasers – costs about $40 and lasts 90 mins.

Friday: Our last day in the city started in an area near to Shibuya: Omotesando. We expected it to be a few shops, but we didn’t expect cool architecture mixed with local neighborhoods mixed with shops. It was a nice surprise and very low key. We shopped and this time, with passports.

In the evening we headed for a drink at the New York Bar in the Tokyo Park Hyatt (film reference, Lost In Translation). For a hotel bar, it was great and the view of the city was amazing.

For dinner, after another restaurant rec, we tried and succeeded to get a walk in at Gonpachi Nishiazabu which was the inspiration for the scene in Kill Bill with the Crazy 88s. It was pretty cool. 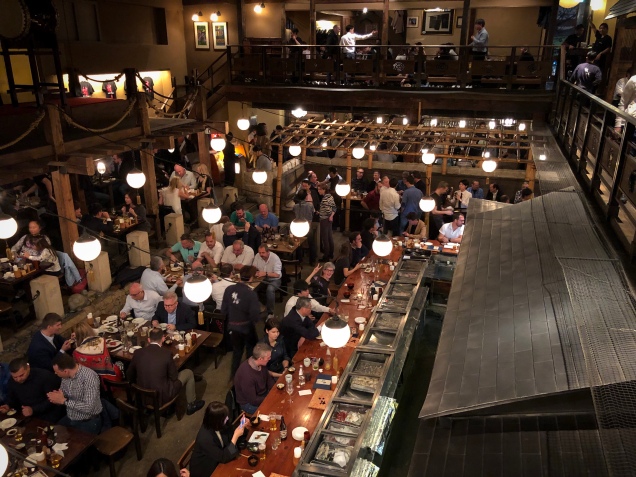 We wrapped up the evening at Karaoke Kan in Shibuya which was the same place as Bob and Charlotte in Lost In Translation. So.Much.Fun. We booked for one hour and extended to two. The set list highlights were:

The hangover was epic.